Spring has come and gone in Columbia as the SEC’s first camp to open in 2022 came to a close as Mizzou held its annual spring game Saturday at Faurot Field.

Following the conclusion of spring, some questions appear to have been answered in CoMo, while others loom large looking ahead to the third season of the Eli Drinkwitz era.

Here are the biggest takeaways from Saturday’s events in Columbia.

Sophomore Brady Cook and redshirt freshman Tyler Macon continue to battle for the right to start under center next season while awaiting the arrival of touted true freshman Sam Horn this summer.

Neither inexperienced signal-caller (Macon started on the road last season at Georgia, but split time with Cook in that game, while Cook started in Mizzou’s bowl loss to Army) managed to create separation this spring and it’s not hard to see why Drinkwitz went after former Arizona State QB Jayden Daniels (he’s already enrolled at LSU) and has openly campaigned for a transfer to join the competition in Columbia this offseason.

Georgia transfer QB JT Daniels was in attendance for the spring game a week after visiting Oregon State for a visit.

If you were unaware, Mizzou held a player draft prior to the spring game. Interestingly, Cook was the No. 1 overall pick in the draft, which would indicate his peers see him as the front-runner to earn the job exiting spring.

Based on Macon’s first pass attempt in the spring game, that would be a safe assumption.

Macon threw a pick six on his first attempt but did manage to respond following the rough start.

Tyler Macon's first pass of Mizzou spring game was intercepted and returned for a touchdown pic.twitter.com/Y76UJobWhF

While Macon got off to a terrible start, Cook also had his disappointing moments, which included a bad interception on a pass thrown into double coverage in the red zone (silver lining: Clemson transfer Joseph Charleston was the defender that made the play).

Brady Cook threw a bad interception in the red zone in the Mizzou spring game.

Threw it into double coverage, doesn't appear to recognize the safety help over the top which allowed Clemson transfer Joseph Charleston to make an easy interception pic.twitter.com/RkScY7CNER

Drinkwitz was clearly not happy with his QB’s decision on that one.

Eli Drinkwitz saw something and called for an audible on the field.

Tyler Macon responded by connecting with Lovett on a nice deep throw pic.twitter.com/nmldugL546

Each quarterback was given an opportunity to score late in the game — here, Cook showcased why he’s the current leader in the clubhouse.

Macon converted a red zone trip into a touchdown, although his receiver may not have actually come up with the catch (the play was not reviewed).

Tyler Macon with a nice touchdown pass in the 4th quarter of the Mizzou spring game pic.twitter.com/NivirWdOZK

But during the drive that decided the outcome of the game, the redshirt freshman threw an interception while driving for the game-winning score.

Tyler Macon's final throw of the Mizzou spring game ended with the same result as his first pass, an interception.

The result of this drive determined the outcome of the game pic.twitter.com/eSUdh1iGrx

Those types of mistakes in critical situations is what will keep a talented player like Macon on the bench if he fails to progress this offseason.

Luther Burden is the real deal

While the QBs left much to be desired, the player every Mizzou fan was dying to see lived up to the hype as true freshman Luther Burden appeared to be a cut above every player on the field.

That fact is even more impressive considering this was Burden’s first camp after enrolling early this offseason in Columbia.

During the broadcast, Burden was being compared to former Gamecock standout and current 49ers star Deebo Samuel and former NFL star, Dez Bryant.

Those comparisons may seem a bit over the top, but when you see Burden in action, it’s easy to see what all the hype is about.

“Man, he shows up every day and goes to work,” Drinkwitz said of Burden. “He knows he can get a lot better by coming in here every day. No matter how good he was coming in here, he knows he has to continue to improve in order to play at a high level in the SEC – and that’s what’s really impressive about him.”

Burden caught the first pass of the game. The play wasn’t spectacular, by any means, but it goes to show how integral the freshman will be to Mizzou’s offense this fall.

Luther Burden showing off his hands and body control with this fantastic catch down the sideline in the Mizzou spring game pic.twitter.com/tlu8GuHVlO

The freshman showed off his slick moves on this run and catch:

He follow up the drive by the first offensive touchdown of the game for his team:

Nathaniel Peat has potential to be RB1

Asking any newcomer to fill the shoes of All-American Tyler Badie would simply be asking too much but the Stanford transfer Nathaniel Peat did showcase explosiveness that’s giving Mizzou coaches hope that they have another breakout star in the backfield.

Here was Peat’s first run of the day:

Nathaniel Peat showcased his talent during the Mizzo spring game.

The Stanford transfer scored on his first carry of the game pic.twitter.com/KA9foDig2R

Peat has the combination of speed and explosiveness that led his predecessors Badie and Larry Rountree to post huge numbers in this offense.

Not to be outdone, the veteran Elijah Young showed that even at his slender frame — listed at 5’9″ 186-pounds — he has the toughness to run in between the tackles and on the goal line.

If Burden and Peat both prove to be worthy of all the hype next fall, those players prove to be good enough for Mizzou to improve on the offensive side of the ball.

Potentially taking the offense from good to great, however, will require more weapons for Mizzou’s starting QB.

Based on the spring game, Dominic Lovett is ready to live up to his massive potential entering his second season with the Tigers.

A former high school teammate of Burden’s, Lovett was the game’s second most explosive player and that was despite the fact he was teamed up with the more inconsistent passer (Macon; Burden was on Cook’s team).

Dominic Lovett's big performance included the biggest run after the catch in the game on this play.

Lovett and Burden could make for a lethal duo in this offense pic.twitter.com/29ooSaEi5l

Lovett was used in the run game as well as the passing game early and often during the spring game.

Dominic Lovett capped the drive off with this touchdown run in the Mizzou spring game pic.twitter.com/x4IxSHwei3

His skillset plays well off of the more physically impressive Burden, which should prove to be invaluable for an offense that struggled to find explosive plays in the passing game last fall.

The main takeaway from Saturday’s game? If Mizzou has a capable QB this fall — whether that’s from Cook, Macon, Horn or an unknown transfer — the offense should be much improved given all the emerging talent in Columbia. 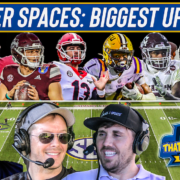 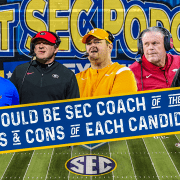 Who should be 2021 SEC Coach of the Year? Mike reveals his selection; pros and cons of candidates 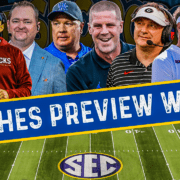 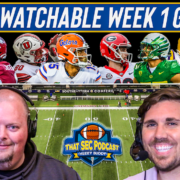 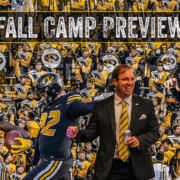 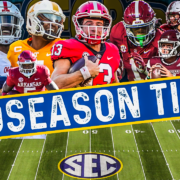 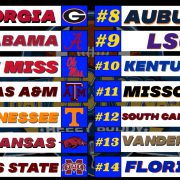 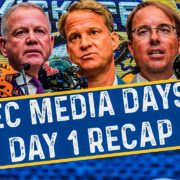