— JT Daniels injured for much of the season

— Stetson Bennett has improved and been a leader on the team; even more impressive when fans were ready to move on from him and he admitted he considered leaving the program during the offseason

— Beat Clemson 10-3 in the opener; since then the closest game has been a 24-point win at Auburn

— Georgia is arguably the most talented team in the country; been saying all season they would run through the SEC East

— Really only played two road games (Auburn and Tennessee); other away games in Clemson (Charlotte), Florida (Jacksonville), at Vanderbilt and at Georgia Tech

— Razorbacks own all rivalry trophies for the first time: for beating Aggies, LSU and Mizzou

— Destroyed Texas; that game has more significance than most SEC fans realize. Razorbacks hate Texas and had to hear all season how they were going to lose, Arkansas was the betting underdog in the game

— Offensive line was a strength of the team

— Bad home loss to Auburn (he admitted he got outcoached)

— Outclassed by Georgia in Athens

— Only won one true road game (at LSU in OT)

— won despite Matt Corral getting banged up; top 3 receivers all hurt at different times; without several offensive linemen during SEC schedule

— defense no longer a liability

— too aggressive at times; so many 4th down attempts that didn’t work; not great in the red zone (12th in the SEC in scoring efficiency in the red zone)

— fake injuries, that’s on Kiffin at the end of the day

— won at Missouri and at Kentucky; 2-2 road record this season

— defense played over their head for most of the season

— started Joe Milton to start the season; at least he quickly made the switch

— one of the league’s most improved teams: improved from 4-7 to 7-5 with one of the youngest rosters

— Will Rogers was a question mark heading into the season; was competing with Jack Abraham and named starter in fall camp

— defense remained one of the SEC’s most underrated units 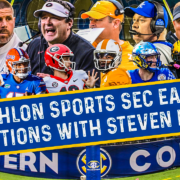 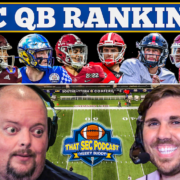 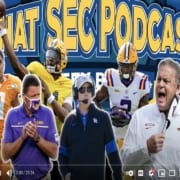 SEC votes to allow intraconference transfers; what does that mean? Plus coaching news from LSU, Arkansas & Kentucky 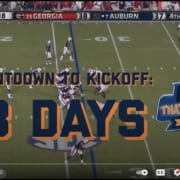 That SEC Football Podcast Countdown to Kickoff: 73 days out! 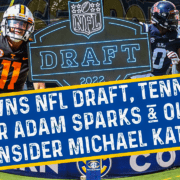 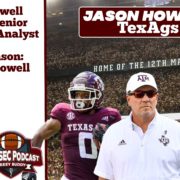 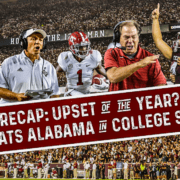 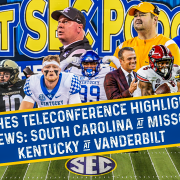 Who should be 2021 SEC Coach of the Year? Mike reveals his selection; pros and...